In 1910-1911, the old Vilkaviškis railway station building was brought in parts from Vilkaviškis and thus became the first two-year school in Kazlų Rūda. Its address at that time was Stoties st. No. 1 (current Vincento Borisevičiaus street). The school belonged to the railway board, and its premises were divided into classrooms and apartments for teachers. There was a dormitory next to it where 60 children of the railway workers lived in 1913. The dormitory was located on the current Esperanto Street.

In 1913, 85 children of railway workers who lived near the railway section Garliava-Kybartai studied at the school. A small fee was charged for tuition. Only boys studied at the school, they were required to wear uniforms. Children used to go on trips to Moscow or St. Petersburg by train. The trips were free, the expenses were covered by the railway board.

All the teachers were of Russian, so children were taught only in Russian and it was forbidden to speak Lithuanian during the lessons. In 1914, 7 teachers worked at the school. Andrei Aleksandrovich Lavkovsky worked as the head of the school, he was very strict and demanding, he taught Russian. His wife Nadezhda Yemelyanova Lavkovskaya was the teacher of natural sciences. The teacher Danilas Gerasimovičius Chutortsev had advanced views, taught music and led the choir. Religion was taught by a Russian Orthodox priest, military training – by a tsarist army captain who would come to the lessons from Kaunas with 2 soldiers who would beat a drum during formation.

The school operated until the World War I. During the war, a hospital was established in the building. After the war, the railway school operated for only two years. In the newspaper “Lithuania’s Farmer” (February 1, 1922, p.7), we can find a message that there is not a single school in Kazlų Rūda: “The Germans came and turned the school building into a camp for war prisoners. They don’t care to give school a building replacement,” the press of that time wrote. The building was temporarily occupied by the police, later it was given to the residents.

On the 23 January 1923, The Marijampolė County Education Commission decided to establish a primary school in Kazlų Rūda. The railway board provided two rooms, one was used by the students of sections I, II and III, and the head of the primary school, Kazimieras Bukšnys, lived in the other. The ground floor housed the post office. Later, as the number of students grew, families were moved out of the premises and the entire upper floor was turned into the school. On the 1 February 1923, at the initiative of A. Baub, the chairman of the parent committee of Kazlų Rūda’s elementary school, the railway board gave the building to the education department of Marijampolė county. At the beginning, the school’s inventory was very poor, there was a lack of school benches, 4-6 students were sitting in three-seater and four-seater benches. Parents of students contributed by ordering and buying some part of inventory from Kybartai and making the other part themselves in the auxiliary building of the railway station. This building was handed over to the school, and it housed a wood and metal workshop equipped with the simplest machine tools.

The school documents have not survived, since in 1941 the building burned down, later a brick residential house was built in its place which still stands today. 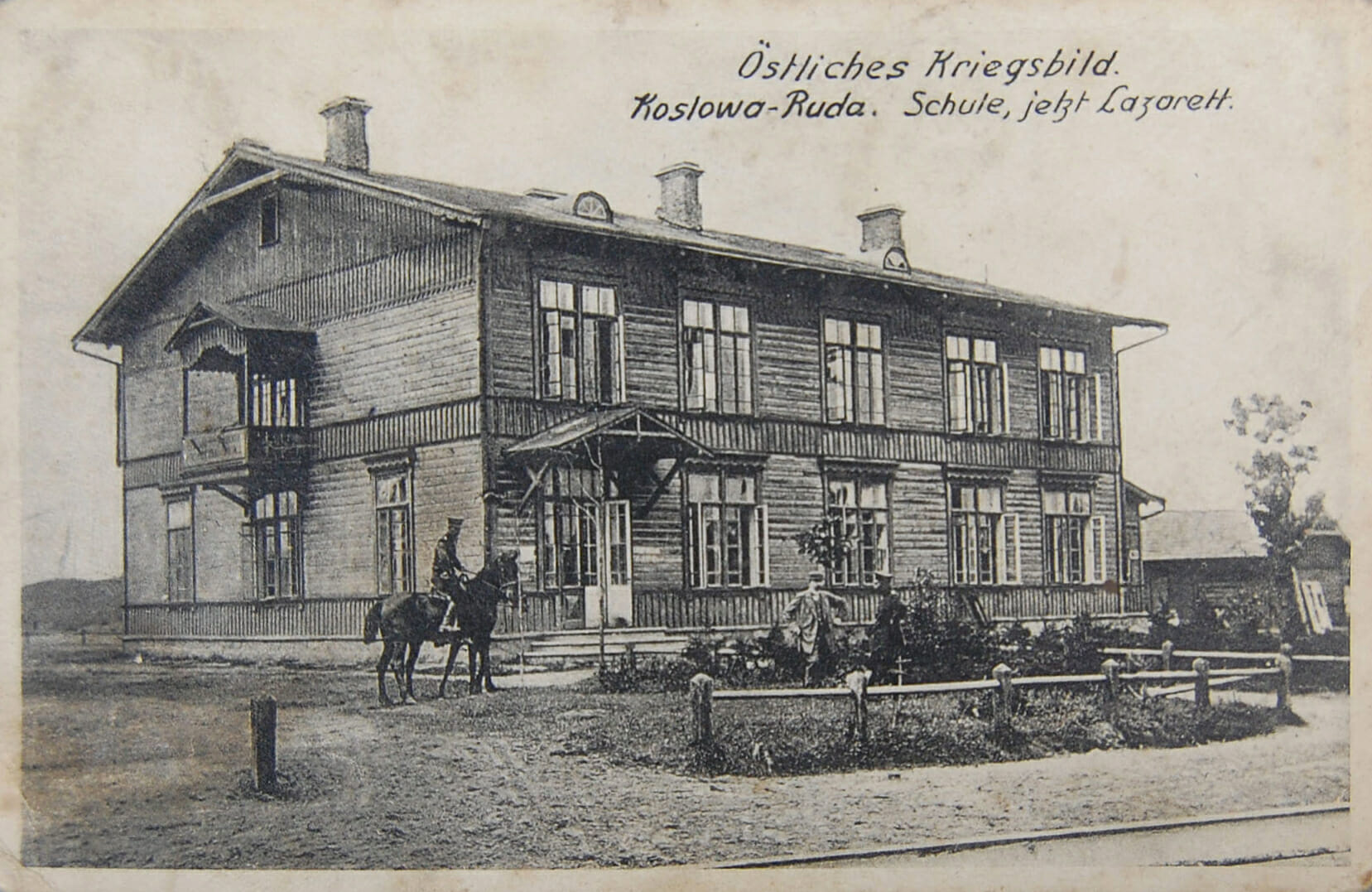 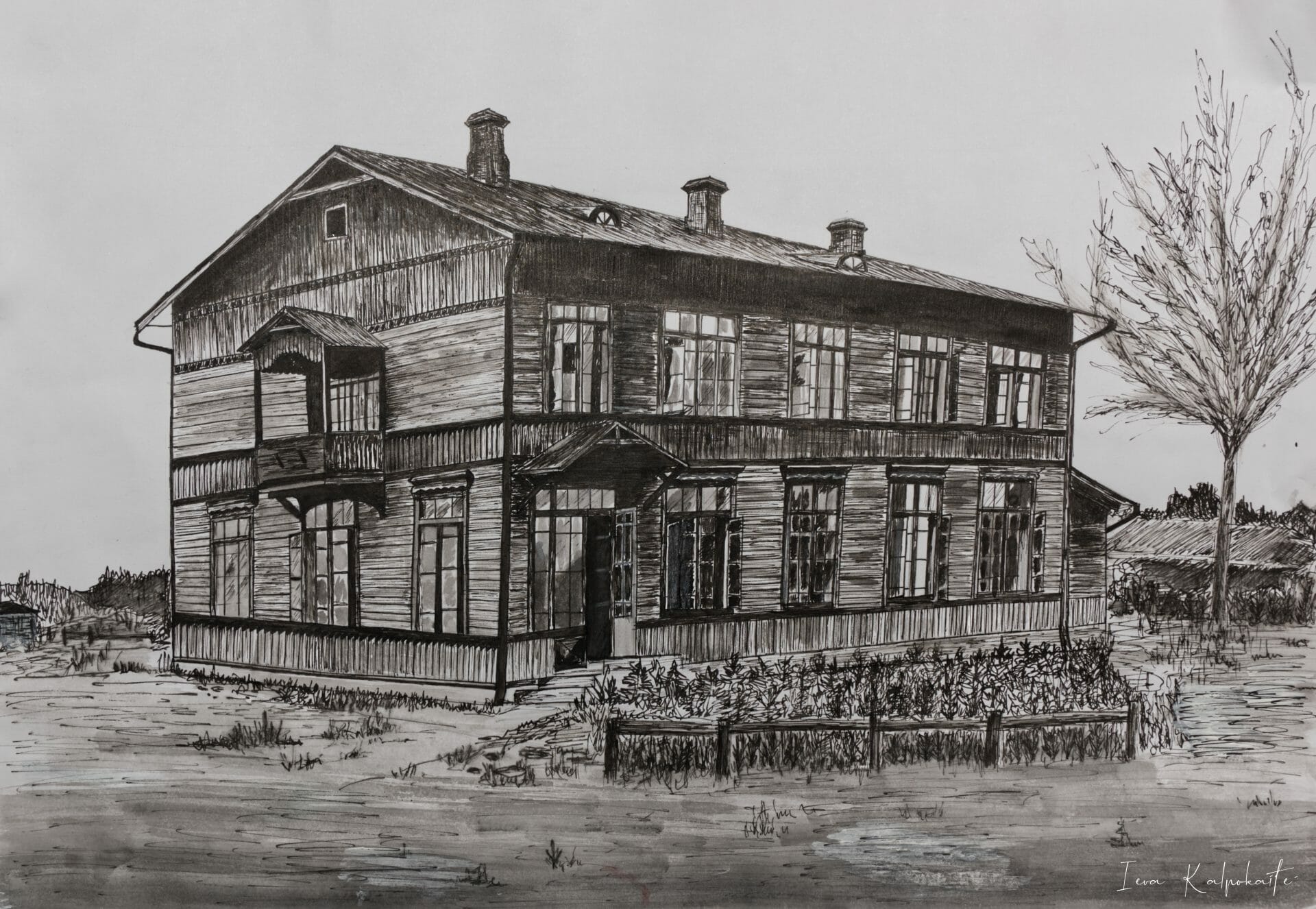 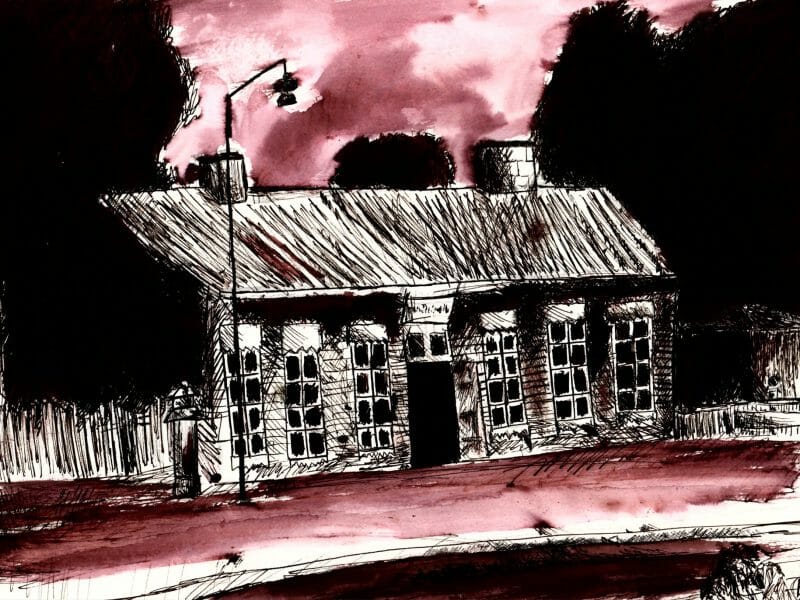 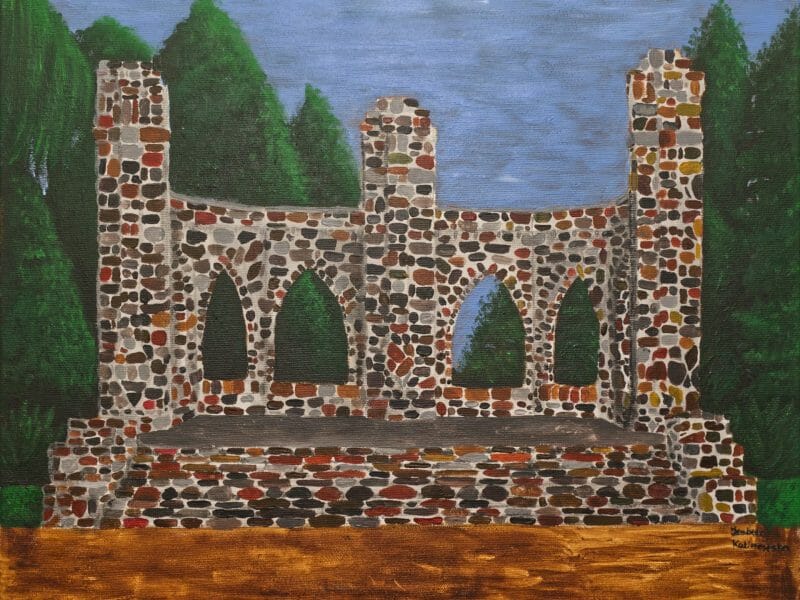 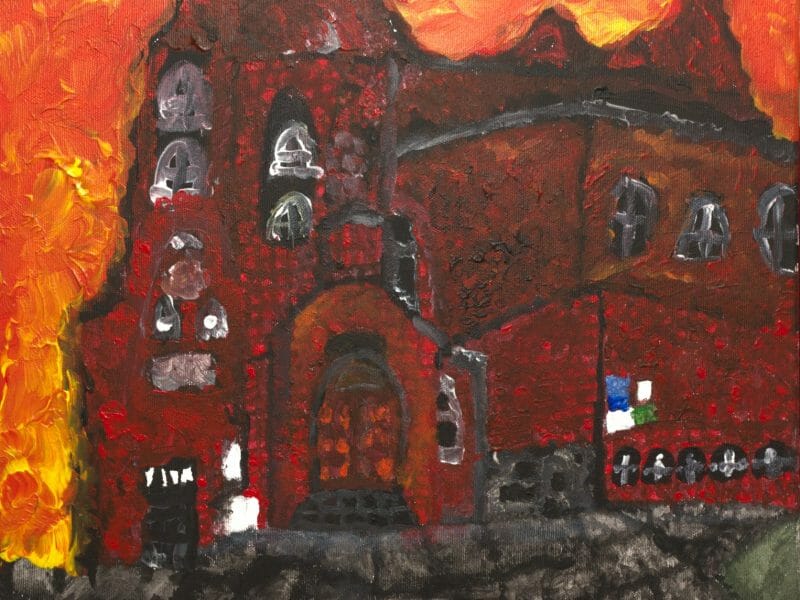 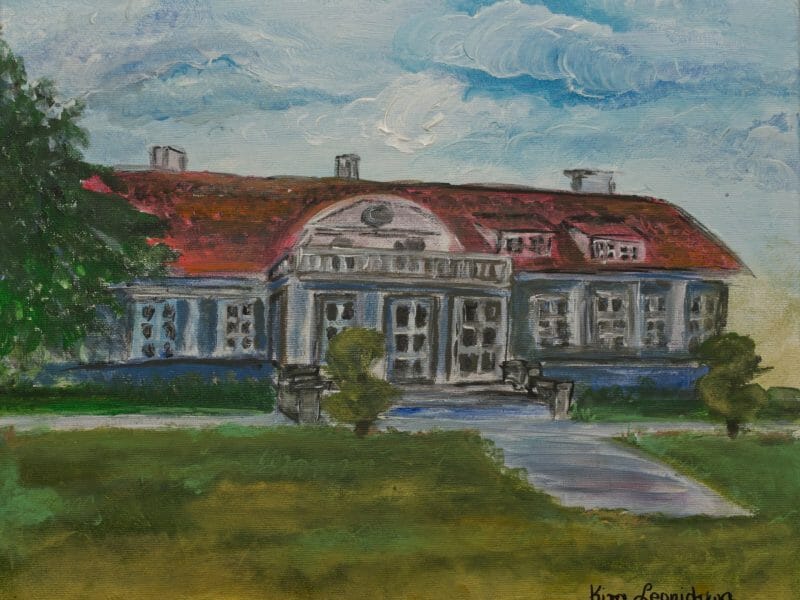 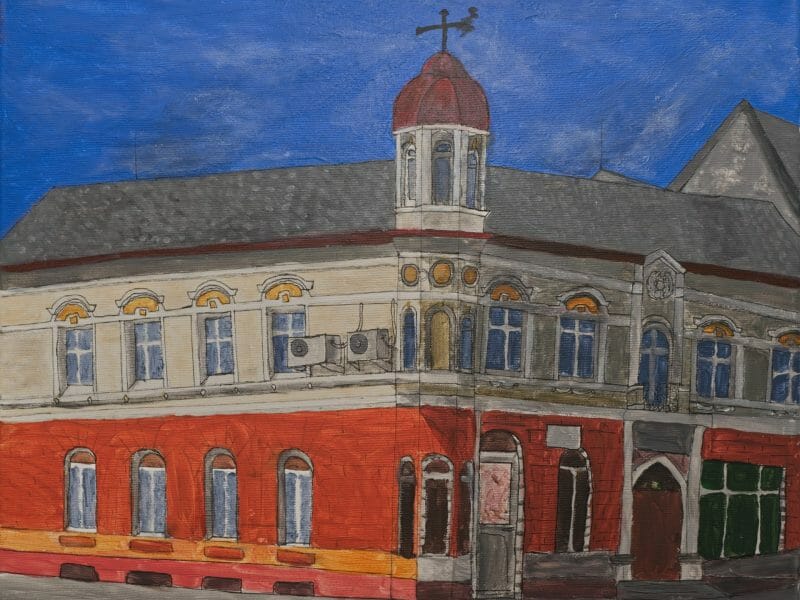 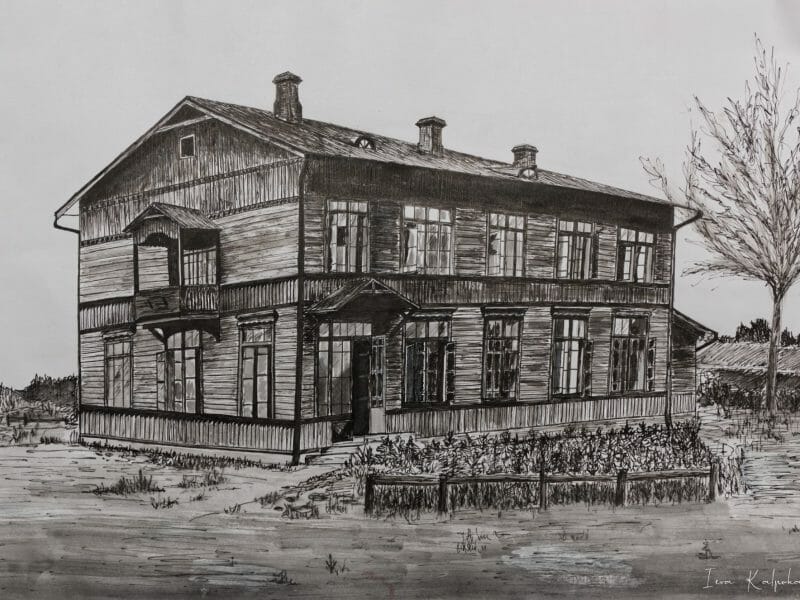 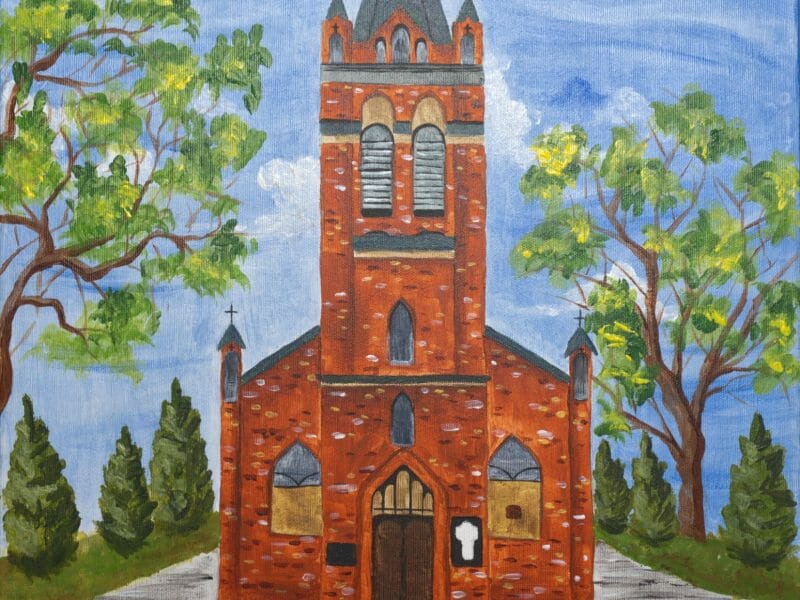 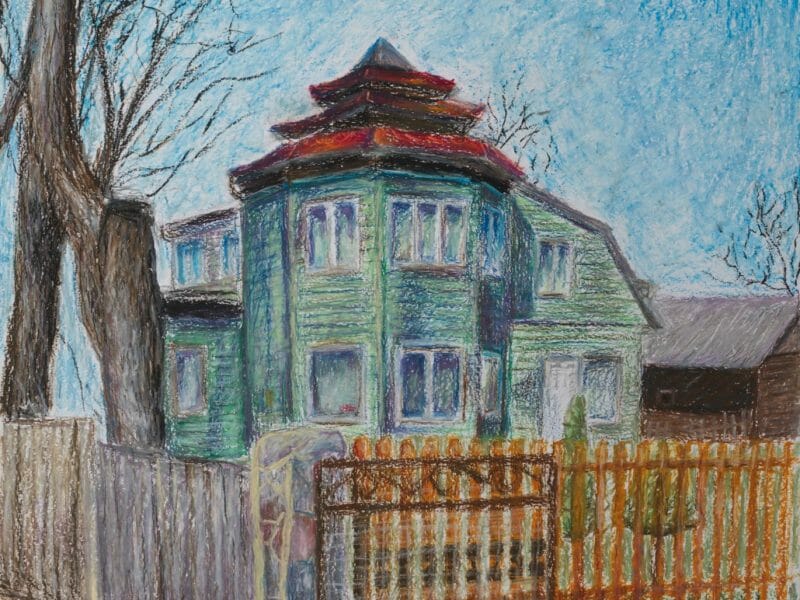 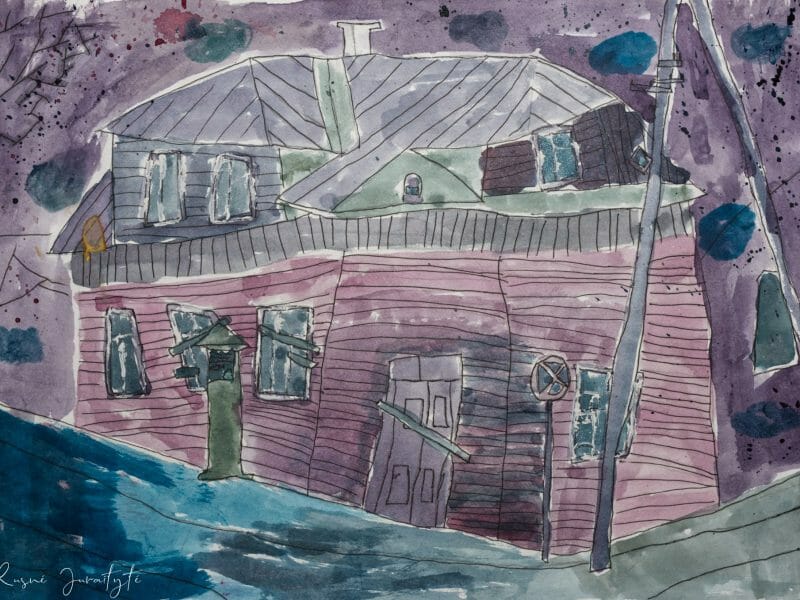